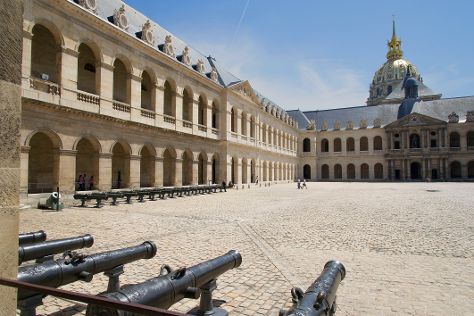 Kick off your visit on the 19th (Thu): wander the streets of Montmartre, brush up on your military savvy at The Army Museum, then step off the mainland to explore Ile Saint-Louis, then take a stroll through Île de la Cité, and finally make a trip to Hotel de Ville.

To see other places to visit, where to stay, and other tourist information, read our Paris trip planner.

If you are flying in from United States, the closest major aiports are Paris-Orly Airport, Charles de Gaulle International Airport and Paris Beauvais Tillé Airport. In September, daily temperatures in Paris can reach 70°F, while at night they dip to 53°F. Cap off your sightseeing on the 19th (Thu) early enough to travel back home.
more less