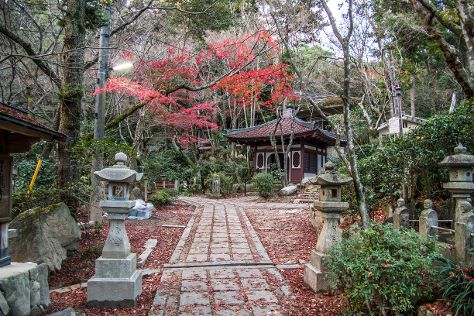 You'll explore the less-touristy side of things at Mitaki Temple and Motoyasu River. You'll find plenty of places to visit near Hiroshima: Former Naval Academy (in Etajima), Shishiiwa Tenbodai (in Miyajima) and Saikokuji Temple (in Onomichi). There's much more to do: appreciate the history behind Peace Flame, indulge in some personalized pampering at some of the best spas, head outdoors with Tobishima Kaido, and take in the views from Aioi Bridge.

Discover how to plan a Hiroshima trip in just a few steps with Inspirock's itinerary builder.

London, UK to Hiroshima is an approximately 17-hour combination of flight and train. You can also fly; or do a combination of flight and ferry. The time zone difference when traveling from London to Hiroshima is 9 hours. Traveling from London in November, expect Hiroshima to be somewhat warmer, temps between 20°C and 11°C. Wrap up your sightseeing on the 18th (Wed) early enough to take a train to Himeji.
more less

Start off your visit on the 19th (Thu): stroll around Himeji City Shizen Kansatsuno Mori, soak in some Japanese tradition at some of the top local onsens, then appreciate the history behind Himeji Castle Daitenshu no Shachigawara (Replica), then take in the awesome beauty at Mt. Takamikura, and finally steep yourself in history at Yoneda Taishiji Temple.

Traveling by train from Hiroshima to Himeji takes an hour. Alternatively, you can drive; or do a combination of bus and train. November in Himeji sees daily highs of 19°C and lows of 13°C at night. Wrap up your sightseeing on the 19th (Thu) to allow time to take a train to Kyoto.
more less

Eschew the tourist crowds and head to Jojakkoji Temple and Tsukiyominomiya. Venture out of the city with trips to Hase-dera Temple (in Sakurai), Nara (Mt. Wakakusa & Kasugayama) and Katsuragi Highlands (in Gose). And it doesn't end there: get your game on at Sunset Owl Cafe, walk around Minoo Park, contemplate in the serene atmosphere at Kurama-dera, and contemplate the long history of Daikaku-ji.

To find maps, where to stay, other places to visit, and more tourist information, read our Kyoto route planning tool .

Getting from Himeji to Kyoto by train takes about an hour. Other options: drive; or take a bus. In November, daytime highs in Kyoto are 19°C, while nighttime lows are 10°C. Finish your sightseeing early on the 23rd (Mon) to allow enough time to take a train to Tokyo.
more less 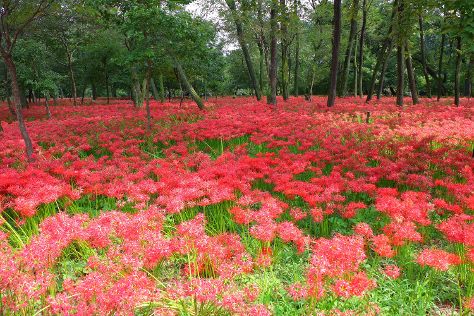 Step off the beaten path and head to Tokyo Camii & Turkish Culture Center and Tokyo National Museum The Heiseikan. You'll find plenty of places to visit near Tokyo: Tama Zoological Park (in Hino), Kamakura Hiking Trails (in Kamakura) and Kinchakuda Manjushage Park (in Hidaka). There's lots more to do: steep yourself in history at Hozomon, stroll around Shakujii Park, make a trip to Oyama Afuri Shrine, and take in nature's colorful creations at Kyu Iwasakitei Teien.

For topicsMoreInfo.option.ratings, more things to do, where to stay, and more tourist information, read Tokyo day trip planning site .

Getting from Kyoto to Tokyo by train takes about 2.5 hours. Other options: fly; or drive. In November, daytime highs in Tokyo are 19°C, while nighttime lows are 11°C. Finish your sightseeing early on the 26th (Thu) so you can travel back home.
more less