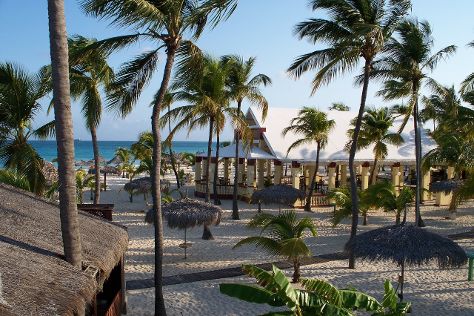 When vacationing on Aruba, don't miss taking a tour of Oranjestad, the capital of the small Caribbean island.

You'll discover tucked-away gems like Boca Cataavlina and Manchebo Beach. Take a break from the city and head to Mangel Halto Beach and Hooiberg. Explore the numerous day-trip ideas around Oranjestad: San Nicolas (Cosecha in San Nicolas, Grapefield, &more) and Parque Vader Piet (in Santa Cruz). There's still lots to do: stroll through Surfside Beach, explore the fascinating underground world of Guadirikiri Caves, enjoy the sand and surf at Druif Beach, and explore the striking landscape at Ayo and Casibari Rock Formations.

To see where to stay, ratings, photos, and tourist information, read our Oranjestad road trip planner.

Vancouver, Canada to Oranjestad is an approximately 15-hour flight. The time zone changes from Pacific Standard Time to Atlantic Standard Time, which is usually a 4 hour difference. Traveling from Vancouver in August, you will find days in Oranjestad are a bit warmer (39°C), and nights are much warmer (32°C). On the 24th (Sat), you'll have the morning to explore before heading back home.
more less

Things to do in Oranjestad