Family-friendly places like Plaza de España and Parque de Maria Luisa will thrill your kids. Satisfy your inner culture vulture at Triana and La Casa de la Ciencia - Science Museum. Next up on the itinerary: ride a horse along Centro Ecuestre Entrepinares, admire the landmark architecture of Torre del Oro, and get up close and personal with brilliant marine life at Acuario de Sevilla.

On the 17th (Tue), delve into the distant past at Baños Arabes, view the masterpieces at Scott Simpson Fine Art, visit Old City, thenexamine the collection at Museo Lara, and finally take in the dramatic natural features at El Tajo de Ronda. Keep things going the next day: wander the streets of La Ciudad, thendo a tasting at Bodegas Cortijo Morosanto, thenlearn about winemaking at Bodega Garcia Hidalgo, and finally steep yourself in history at Casa Del Rey Moro.

Getting from Seville to Ronda by car takes about 2 hours. Other options: take a bus; or take a train. In March in Ronda, expect temperatures between °F during the day and °F at night. Finish up your sightseeing early on the 18th (Wed) so you can go by car to Granada.
more less

Start off your visit on the 19th (Thu): get a taste of the local shopping with Milenium Gallery, contemplate the long history of Royal Chapel of Granada, thenexamine the collection at Palacio de Alcazar Genil, and finally look and learn at Science Park (Parque de las Ciencias). Keep things going the next day: do a tasting at Ron Montero, browse the eclectic array of goods at Mercadillo de Antiguedades de Almunecar, take in the exciting artwork at Kitty Harri's Sculpture Garden, thensee the interesting displays at Museo Sefardi de Granada, and finally look for gifts at Lolita's Closet.

Drive from Ronda to Granada in 2.5 hours. Alternatively, you can take a train; or take a bus. Expect a bit cooler temperatures when traveling from Ronda in March; daily highs in Granada reach °F and lows reach °F. Finish up your sightseeing early on the 20th (Fri) so you can travel to Ibiza Town.
more less 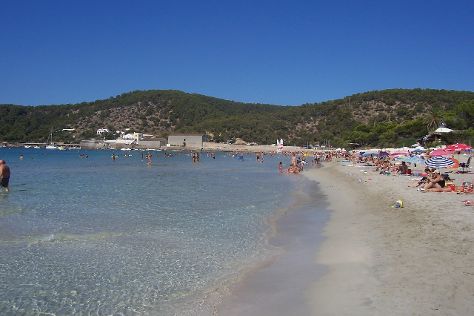 As the island’s largest city and most-visited site, Ibiza is famous for its electric nightlife and lively Mediterranean culture.

Kick off your visit on the 21st (Sat): kick back and relax at Platja de ses Salines, examine the collection at Necropolis del Puig des Molins, thenstep into the grandiose world of Castell de Eivissa, and finally hunt for treasures at Mercadillo Las Dalias.

Things to do in Ibiza Town

Montjuic Castle and Portal de Santa Madrona will appeal to history buffs. Carrer del Mirador del Palau Nacional and Celler Mas Vicenc are good opportunities to explore the local culture. Step out of Barcelona to go to Salou and see PortAventura, which is approximately 1h 30 min away. The adventure continues: see the interesting displays at Museu Maritim de Barcelona, admire the local landmark of The Magic Fountain, pick up some local products at Mercat de Sants, and take in nature's colorful creations at Jardin Botanico de Barcelona.

You can fly from Ibiza Town to Barcelona in 3 hours. Other options are to ride a ferry; or do a combination of ferry and bus. In March, plan for daily highs up to °F, and evening lows to °F. Wrap up your sightseeing on the 25th (Wed) to allow time to take a train to Madrid.
more less 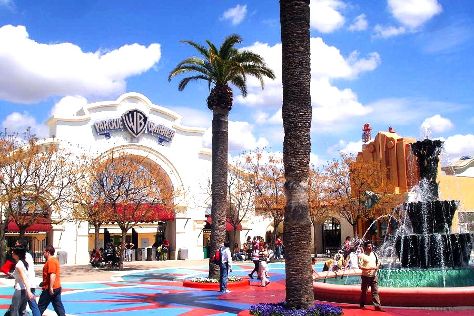 To find other places to visit, where to stay, ratings, and more tourist information, go to the Madrid road trip site.

Getting from Barcelona to Madrid by train takes about 3.5 hours. Other options: fly; or drive. Expect slightly colder evenings in Madrid when traveling from Barcelona in March, with lows around °F. Finish your sightseeing early on the 28th (Sat) to allow enough time to travel back home.
more less