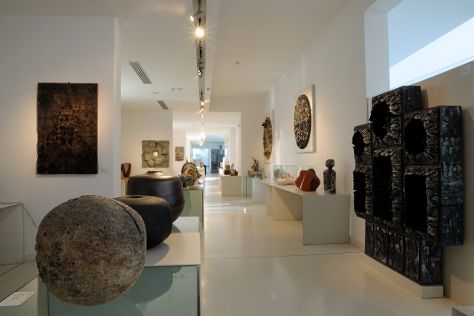 ©
Faenza is an Italian city and comune, in the province of Ravenna, Emilia-Romagna, situated 50km southeast of Bologna.Faenza is noted for its manufacture of majolica-ware glazed earthenware pottery, known from the name of the town as faience.GeographyFaenza, at the foot of the first Subapennine hills, is surrounded by an agricultural region including vineyards in the hills, and cultivated land with traces of the ancient Roman land-division system, and fertile market gardens in the plains. Get out of town with these interesting Faenza side-trips: Chiusi della Verna (Cappella delle Stimmate & La Verna - Franciscan Sanctuary), Castel Guelfo The Style Outlets (in Castel Guelfo di Bologna) and Villaggio della Salute Più (in Monterenzio). There's still lots to do: see the interesting displays at International Museum of Ceramics, get to know the fascinating history of Via del Borgo o degli Asini, trek along Il Sentiero degli Gnomi, and get lost in a book at Biblioteca Malatestiana.

Use Inspirock's suggestions to plan your Faenza trip and find the best activities and attractions for your vacation.

If you are flying in from Hungary, the closest major aiports are Bologna Guglielmo Marconi Airport, Federico Fellini International Airport and Peretola Airport. Expect a daytime high around °C in September, and nighttime lows around °C. Finish your sightseeing early on the 21st (Sat) so you can travel back home.
more less

Things to do in Faenza