For maps, where to stay, traveler tips, and other tourist information, read our Amsterdam online tour planner .

Dublin, Ireland to Amsterdam is an approximately 4.5-hour flight. You can also do a combination of flight and train; or do a combination of ferry and train. The time zone changes from Greenwich Mean Time (GMT) to Central European Time (CET), which is usually a 1 hour difference. In April, daytime highs in Amsterdam are 56°F, while nighttime lows are 40°F. Cap off your sightseeing on the 12th (Sun) early enough to catch the bus to Haarlem.
more less

Often referred to as "Mini Amsterdam," Haarlem provides all the classical charm of Amsterdam, but on a smaller scale.

Kick off your visit on the 12th (Sun): explore the striking landscape of Nationaal Park Zuid Kennemerland. Get ready for a full day of sightseeing on the next day: take in the architecture and atmosphere at Cathedral of Saint Bavo, then take in the spiritual surroundings of Sint-Bavokerk (Church of St. Bavo), then see the interesting displays at The Corrie ten Boom House, and finally appreciate the extensive heritage of Grote Markt.

Haarlem is very close to Amsterdam. April in Haarlem sees daily highs of 56°F and lows of 40°F at night. Wrap up your sightseeing on the 14th (Tue) early enough to take a train to The Hague.
more less

Things to do in Haarlem

2
nights
The Hague, The Netherlands

Judicial Capital of the World

Known as the "judicial capital of the world," The Hague is the center for everything official in the Netherlands: the home of the Dutch government and parliament, the workplace of the King and Queen, and the base of many international affairs such as the International Court of Justice and the International Criminal Court.

On the 14th (Tue), get behind the scenes at Delft Pottery De Delftse Pauw, then view the masterpieces at The Mauritshuis Royal Picture Gallery, then get engrossed in the history at Panorama Mesdag, and finally kick back and relax at Hoek van Holland beach. Here are some ideas for day two: contemplate the waterfront views at Rijn (Rhine), admire the masterpieces at Kunstmuseum Den Haag, and then find something for the whole family at Madurodam.

For maps, photos, other places to visit, and other tourist information, go to the The Hague journey planner.

You can take a train from Haarlem to The Hague in an hour. Alternatively, you can drive. April in The Hague sees daily highs of 56°F and lows of 39°F at night. Finish your sightseeing early on the 16th (Thu) to allow enough time to take a bus to Rotterdam.
more less

Things to do in The Hague

Manhattan on the Maas

Located in the South Holland province, Rotterdam is one of the Netherlands' most lively cities, as well as one of the largest trading ports in the world.

To see more things to do, ratings, where to stay, and tourist information, read our Rotterdam trip maker app .

Rotterdam is just a stone's throw from The Hague. Expect a daytime high around 56°F in April, and nighttime lows around 39°F. Finish your sightseeing early on the 18th (Sat) so you can take a train to Antwerp.
more less

Things to do in Rotterdam

Its reputation as a business-centric city distracts many visitors from the real draws of Antwerp: its historical sites, architectural beauty, and lively culture.

On the 18th (Sat), experience rural life at Paardenmelkerij Het Brabanderhof (Horse Dairy Farm Het Barbanderhof), stop by Zurenborg, stop by GERETTI Jewellery & Diamonds, then admire the landmark architecture of Antwerpen-Centraal, and finally take in the architecture and atmosphere at Saint Paul's Church. Get ready for a full day of sightseeing on the next day: examine the collection at MAS - Museum aan de Stroom, wander the streets of Meir, and then appreciate the extensive heritage of Grote Markt.

Before you visit Antwerp, use our trip planner to discover what you can do and see there.

Traveling by train from Rotterdam to Antwerp takes an hour. Alternatively, you can drive; or take a bus. In April, plan for daily highs up to 59°F, and evening lows to 38°F. Finish your sightseeing early on the 20th (Mon) to allow enough time to take a bus to Bruges.
more less

Things to do in Antwerp 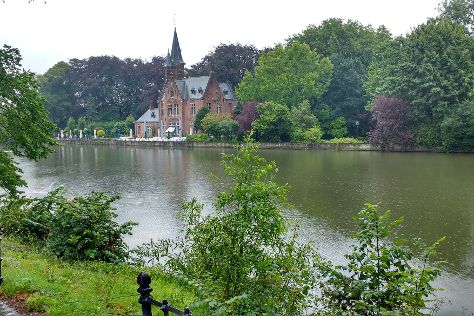 The medieval town of Bruges centers around a canal, and the architecture of its historical district has made it a World Heritage Site.

Your inner history buff will appreciate Historic Centre of Brugge and The Princely Beguinage Ten Wijngaarde. You'll explore and learn at Groeningemuseum and Atlantic Wall Museum. Next up on the itinerary: contemplate in the serene atmosphere at Basilica of the Holy Blood, examine the collection at Choco-Story - The Chocolate Museum, look for gifts at The Bottle Shop, and indulge your thirst for a good beer at Huisbrouwerij De Halve Maan.

To see where to stay, maps, more things to do, and more tourist information, refer to the Bruges trip planning app .

You can take a bus from Antwerp to Bruges in 1.5 hours. Alternatively, you can take a train; or drive. In April, daily temperatures in Bruges can reach 56°F, while at night they dip to 40°F. Finish your sightseeing early on the 22nd (Wed) to allow enough time to take a train to Ghent.
more less

Things to do in Bruges 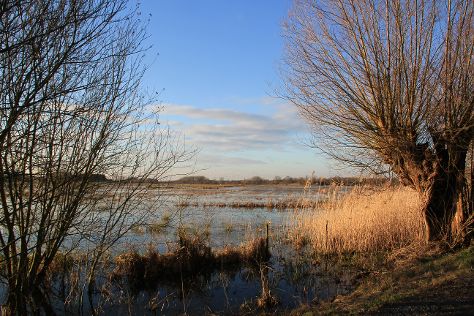 Ghent melds the fairy tale-like beauty of Bruges with its stunning Flemish architecture, while at the same time supporting a vibrant cafe and bar scene.

Get ready for a full day of sightseeing on the next day: admire the masterpieces at Museum Voor Schone Kunsten, look for all kinds of wild species at Bourgoyen-Ossemeersen Nature Reserve, then ponder the world of politics at Ghent Town Hall (Stadhuis), and finally see the interesting displays at The House of Alijn.

To find where to stay, photos, more things to do, and other tourist information, go to the Ghent trip planning app .

Ghent is very close to Bruges. April in Ghent sees daily highs of 56°F and lows of 40°F at night. Finish up your sightseeing early on the 24th (Fri) so you can catch the train to Brussels.
more less

Things to do in Ghent

Molsbroek
Find places to stay Apr 22 — 24:
Hotels on TripAdvisor
Homes on Airbnb
Highlights from your plan

You'll discover tucked-away gems like Domaine Viticole du Chenoy and ZOO Planckendael. Visiting Sonian Forest and Etangs d'Ixelles will get you outdoors. There's still lots to do: make a trip to Grand Place, pause for some photo ops at Manneken Pis, ponder the design of Mont des Arts, and visit Place St. Gery.

To see where to stay, other places to visit, more things to do, and tourist information, refer to the Brussels online route builder .

Traveling by train from Ghent to Brussels takes an hour. Alternatively, you can take a bus; or drive. April in Brussels sees daily highs of 55°F and lows of 39°F at night. Finish your sightseeing early on the 27th (Mon) so you can travel back home.
more less