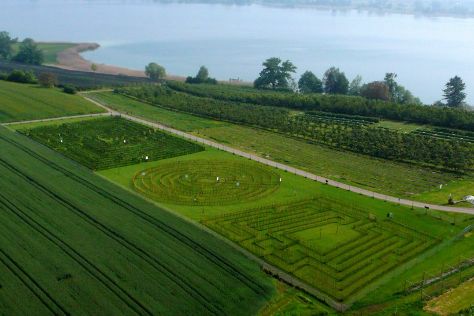 ©
Dübendorf is a municipality in the district of Uster in the canton of Zürich in Switzerland.It is a suburb of Zürich in Switzerland with a population of about 26,000 (2014). Kids will enjoy Jucker Farm and Wildnispark Zurich Langenberg. Change things up with these side-trips from Dubendorf: Rapperswil (The Polish Museum, Capuchin Friary, & more), Bachtelturm (in Hinwil) and Braunwald (Lama Trekking & Skigebiet Braunwald). And it doesn't end there: learn more about the world around you at Sauriermuseum, look for all kinds of wild species at Swiss Tectonic Arena Sardona, fly down the slopes at Atzmannig, and stroll through Sportbahnen Atzmannig.

For where to stay, ratings, and other tourist information, refer to the Dubendorf trip itinerary maker app .

If you are flying in from Hungary, the closest major airports are Zürich Airport, Basel Mulhouse Freiburg and Bern Belp Airport. In January in Dubendorf, expect temperatures between 4°C during the day and -1°C at night. Finish your sightseeing early on the 12th (Tue) to allow enough time to travel back home.
more less

Things to do in Dubendorf