For more things to do, traveler tips, maps, and other tourist information, you can read our Nice trip planner.

Athens, Greece to Nice is an approximately 6.5-hour flight. You can also drive; or do a combination of bus, ferry, and train. The time zone difference when traveling from Athens to Nice is minus 1 hour. While traveling from Athens, expect little chillier days and about the same nights in Nice, ranging from highs of 28°C to lows of 22°C. Wrap up your sightseeing on the 22nd (Tue) early enough to drive to Saint-Raphael.
more less 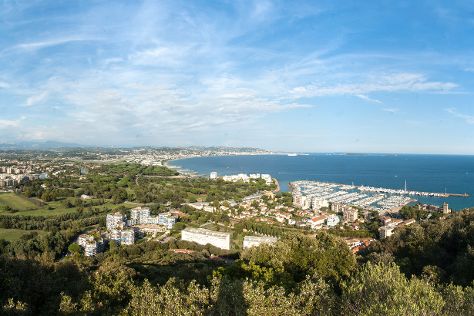 Saint-Raphael vacations have so much more to offer than an indulgent splurge on a beach.

Traveling by car from Nice to Saint-Raphael takes 1.5 hours. Alternatively, you can take a train; or do a combination of bus and train. Traveling from Nice in June, you will find days in Saint-Raphael are a bit warmer (34°C), and nights are little chillier (17°C). Wrap up your sightseeing on the 28th (Mon) to allow time to drive to Saint-Tropez.
more less

Things to do in Saint-Raphael

©
Saint-Tropez is a town, 100km west of Nice, in the Var department of the Provence-Alpes-Côte d'Azur region of southeastern France. Get out of town with these interesting Saint-Tropez side-trips: Domaine Sainte Marie (in Bormes-Les-Mimosas), La Croix-Valmer (Le Cap Lardier & L'Observatoire Marin) and Plage d'Aiguebelle (in Le Lavandou). There's lots more to do: fly like a bird with Marine Air Sport, enjoy the sand and surf at Plage de Pampelonne, awaken your taste buds at Wine Tours Provence & Riviera, and make a trip to Les Pipes de Cogolin - Courrieu.

For other places to visit, more things to do, maps, and tourist information, read our Saint-Tropez trip itinerary planner.

You can drive from Saint-Raphael to Saint-Tropez in 1.5 hours. Alternatively, you can take a train; or ride a ferry. June in Saint-Tropez sees daily highs of 34°C and lows of 17°C at night. Cap off your sightseeing on the 3rd (Sat) early enough to go by car to Castellane.
more less 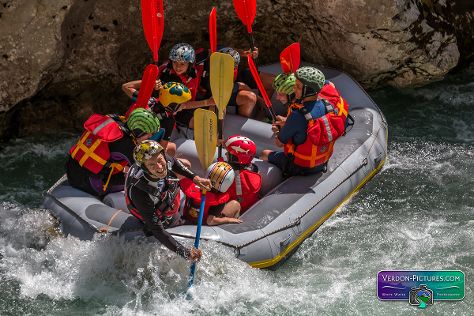 ©
Castellane is a commune in the Alpes-de-Haute-Provence department in southeastern France. Get out of town with these interesting Castellane side-trips: Entrevaux (Musee de la Moto d'Entrevaux, Porte Royale, &more), Route des Cretes La Palud (in La Palud sur Verdon) and Chapelle Saint Pierre (in Aiguines). There's much more to do: get a dose of the wild on Verdon Xp & The Funny Helmets, explore the activities along Les Gorges du Verdon, don't miss a visit to Col de la Bonette, and steep yourself in history at Fort Vauban.

For other places to visit, ratings, maps, and other tourist information, go to the Castellane trip itinerary planner.

Things to do in Castellane

An ancient town center surrounded by medieval ramparts, Avignon is a major city of Provence and a Mediterranean city in the Vaucluse department on the left bank of the Rhône River.

To see more things to do, other places to visit, photos, and more tourist information, use the Avignon trip maker tool.

You can drive from Castellane to Avignon in 3 hours. Alternatively, you can do a combination of taxi and train; or take a bus. In July, daily temperatures in Avignon can reach 36°C, while at night they dip to 20°C. Wrap up your sightseeing on the 12th (Mon) to allow time to drive to Marseille.
more less

Things to do in Avignon

To find other places to visit, reviews, ratings, and tourist information, read our Marseille trip planner.

Getting from Avignon to Marseille by car takes about 1.5 hours. Other options: take a train; or take a bus. In July, daily temperatures in Marseille can reach 36°C, while at night they dip to 23°C. Finish your sightseeing early on the 18th (Sun) so you can travel back home.
more less