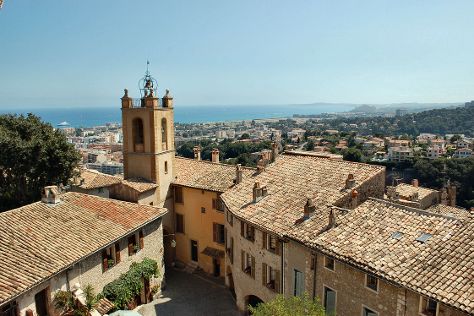 Explore hidden gems such as Tourrettes-sur-Loup and Haut de Cagnes. Visit Villa & Jardins Ephrussi de Rothschild and Saint-Paul de Vence for their historical value. Explore Nice's surroundings by going to La Croisette (in Cannes) and Le Nomade (in Antibes). Spend the 29th (Sun) exploring the fascinating underwater world at Marineland. The adventure continues: take a stroll through Vieille Ville, contemplate the long history of Place Garibaldi, take in the architecture and atmosphere at St Nicholas Cathedral, and don't miss a visit to Place Massena.

For photos, reviews, more things to do, and other tourist information, refer to the Nice route builder app .

If you are flying in from Canada, the closest major airport is Nice-Côte d'Azur Airport. September in Nice sees daily highs of 28°C and lows of 21°C at night. Finish your sightseeing early on the 30th (Mon) to allow enough time to travel back home.
more less